Where Are They Now: Dan Barker

Tags: newsletter, where are they now

Categories: Newsletter - Where Are They Now

Where Are They Now: Dan Barker 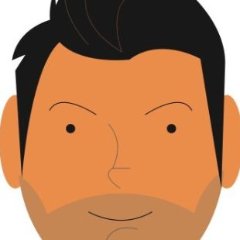 He came to LandaJob in March of 2004, not far removed from graduation, and having worked a bit in Chicago. During the interview process he pretty much nodded his way through the discussions of the job description, company culture, and compensation and benefit package, waiting for its conclusion to get to the one issue that was his higher priority: Would it be possible to get time off when his beloved Jayhawks got deep into the NCAA tournament?

Over the next four years he led our new business development efforts and, more importantly, became a valuable, trusted member of our LandaJob family. It was so rewarding to watch his growth, both professionally and personally, even when it became time for him to move on to larger venues and greater challenges.

We have stayed in touch over the past few years, meeting for lunch, talking business, catching up on our personal lives and, of course, our NCAA tourney picks. At one of those lunches, a few weeks ago, he shared his excitement of his newest position with Hint.

And, then, like most of you, we next saw him during a commercial break during game two of the World Series. There he was, swiping his iPhone at the concession booth at The K, addressing George Brett, in his typical style, “Mr. 85!”